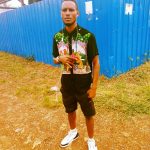 Paynesville-An undercover reporter of journalRAGE who was wrongly charged with ‘intent and desire to commit homosexuality’ when he took a complaint of robbery against a suspect has seen his charges dropped with the main suspect being properly charged.  Abel Sumo, 32 (name changed to protect his identity) was initially charged with ‘intent to commit homosexuality’ by … END_OF_DOCUMENT_TOKEN_TO_BE_REPLACED