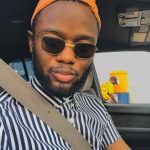 By Gboko Stewart, gboko@journalrage.org Monrovia-Fashion model, Tarus P. Cole, has riled social media over comments that most Liberian men are gay.  “I can say—I’m not afraid to say it—99 percent of Liberian men—they are gay,” he said, though he did not provide the reliance for his statement.  In a live Facebook interview with the government-owned Liberian … END_OF_DOCUMENT_TOKEN_TO_BE_REPLACED