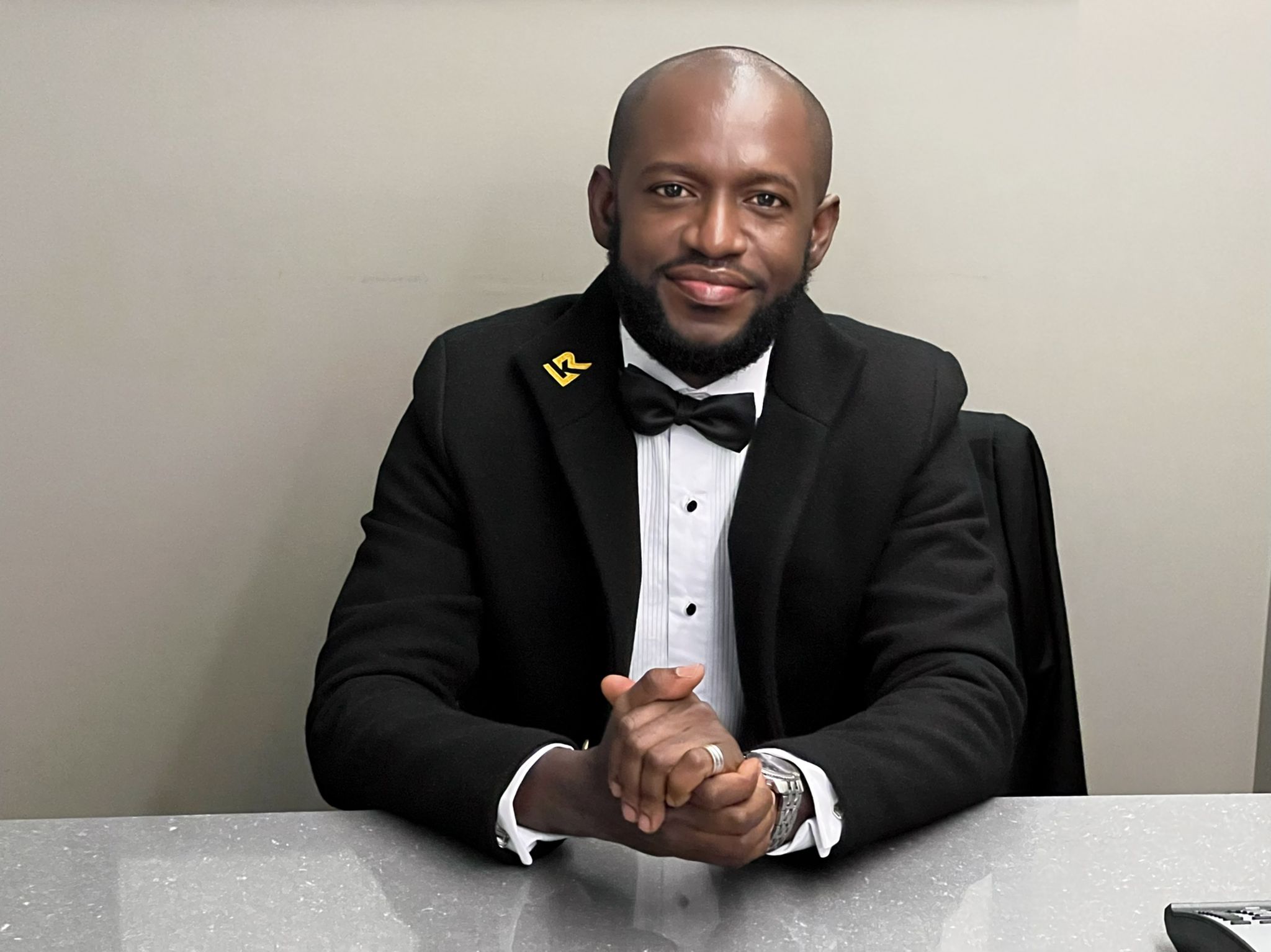 For most people, their unique sense and style of fashion come from flipping the pages of Vogue, Essence, and other magazines, but for Lemu K. Reeves, it was natural.

“I was concerned at an early age [about] what I was always wearing as a child,” he says. “I knew I was a creative person.”

Founded in 2020, the fashion company features a brand of high-end luxurious apparel made with some of the best fabrics from across the world. It features caps, bags, scarfs, dresses, trench coats festooned with Swarovski crystals, carry-on bags, etc.

All of this, he maintains, is credited to his late mother – a driving force in his life – who was a fashionista and loved to deck herself in bright colored clothes.

“My late mother loves fashion, colors. I knew I wanted to design clothes for the world in my early years. I have loved artistic work from my early years. My late brother, Nahnkarmu, was a great artist – he could draw anything you ask him – he did brilliant drawings.”

But he was often bullied for his name. Lemu, a traditional name from the Kpelle tribe of Liberia which means, ‘under your heart,’ is usually given to girls and is considered an anomaly when a boy carries the nomenclature.

Growing up in a war-torn Liberia, the Australia-based Liberian fashion designer said his eye for the aesthetics of beautiful clothing had always been there – a trait he believes was inherited from his deceased mom and brother.

“My mom had a tailor that would come into our homes and make her clothes. I started seeing garments construction in my early years and how my mother respected the work he did for her. We all made him feel welcome and part of our family.”

His childhood, which was punctuated intermittently by the many wars the country fought, was filled with bright colors as it was with love, discipline, ethics, and laughter from his parents. “I was a happy and disciplined child. Definitely not an A student, but still value education. We made the best out of what we had and were grateful for everything.”

His parents, he revealed, were strict disciplinarians.

That led him to embark on a life of service following his graduation from Cuttington University with a degree in management.

The fashion designer revealed he enlisted in the navy division of the Armed Forces of Liberia in 2008, a decision he considers one of the greatest in his life. “First of all, I always wanted to serve my country in whatever capacity because I knew I was going to travel out of Liberia to establish myself.”

When a chance to study ocean governance and maritime security at the University of Wollongong in 2012 arrived, Reeves jumped at it with gusto and made the boldest decision of his life – to remain in Australia.

“Upon my arrival into Australia, nothing has been mentally clear to me than how my life would be if I remained in Australia. What I was seeing mentally was full of good things, victory, and joy – it was BIG. I had to make another decision and I did,” he said.

Life in Australia, he remembers, had many bumps along the way. He could not afford to buy something as trifling as a coat to battle the country’s harsh winter. According to the fashion designer, he resorted to scavenging charity bins in his bid to keep warm.

“I also found a winter coat in the charity bin when I could not afford to buy a winter jacket in Australia. I still wear the coat today and it reminds me of my journey in Australia and to appreciate well-tailored clothing, great fabric, and design.”

Landing a job as a volunteer in Aged Care Homes, he later sought employment as a concierge and progressed to building manager. Completing a fashion course, he researched further at the Fashion and Business Resource Innovation Centre Arizona, USA, and studied sewing at the Nepean Community College in Sydney.

Armed with such knowledge, Reeves established LK Reeves Pty LTD. While it does not cost an arm and a leg for a dress or trench coat which many consider luxurious by all standards, it sure is not as cheap as chips. The brand has gone on to design clothing for several high-profile events, including Miss Sahara Pageant in Sydney.

Looking back, he adds, his struggles from childhood were the pathway to starting the LK Reeves fashion line which is slowly morphing into a global brand built on the standards of ethics his mother instilled in her children.

“We wanted a brand that would shine more light on ethical practices in the fashion industry. We wanted to build a brand that will carry my name because I was bullied for my name Lemu (a traditional name) that our society thinks should be given to a girl child. I wanted to send a message of being comfortable, confident, and unique.”

As Reeves expands his clothing line one market at a time, he has caught the attention of Liberian socialite and influencer, Benita Urey. Urey, CEO of the largest Liberia social media blog, The Liberia Influence, says the fashion line was recommended to her by a follower.

“When I went on his page, I noticed that he is not only a Liberian working hard to push his craft, but also he had amazing quality clothes for reasonable prices so I had no choice but to support him,” she said.

“My favorite will always be the trench coat because it has never been done anywhere else in the world, and it shows the western style. However, it is covered in all things Liberian from head to toe – I love that!”

For Reeves, this means a lot as it is an impetus to go the extra mile with humility. “I am the creative director of the next global brand. It comes with a lot of pressure and anxiety. I am grateful to God for giving me a dream bigger than I can imagine.”

And with each day that comes, he believes it’s a chance to give back.

“With all the things life throws at us it is still beautiful to be living your dreams. I am happier each day because I know for sure we are on the right path and it is successful. I see a lot of growth, success, and us giving back to the world and our communities.”